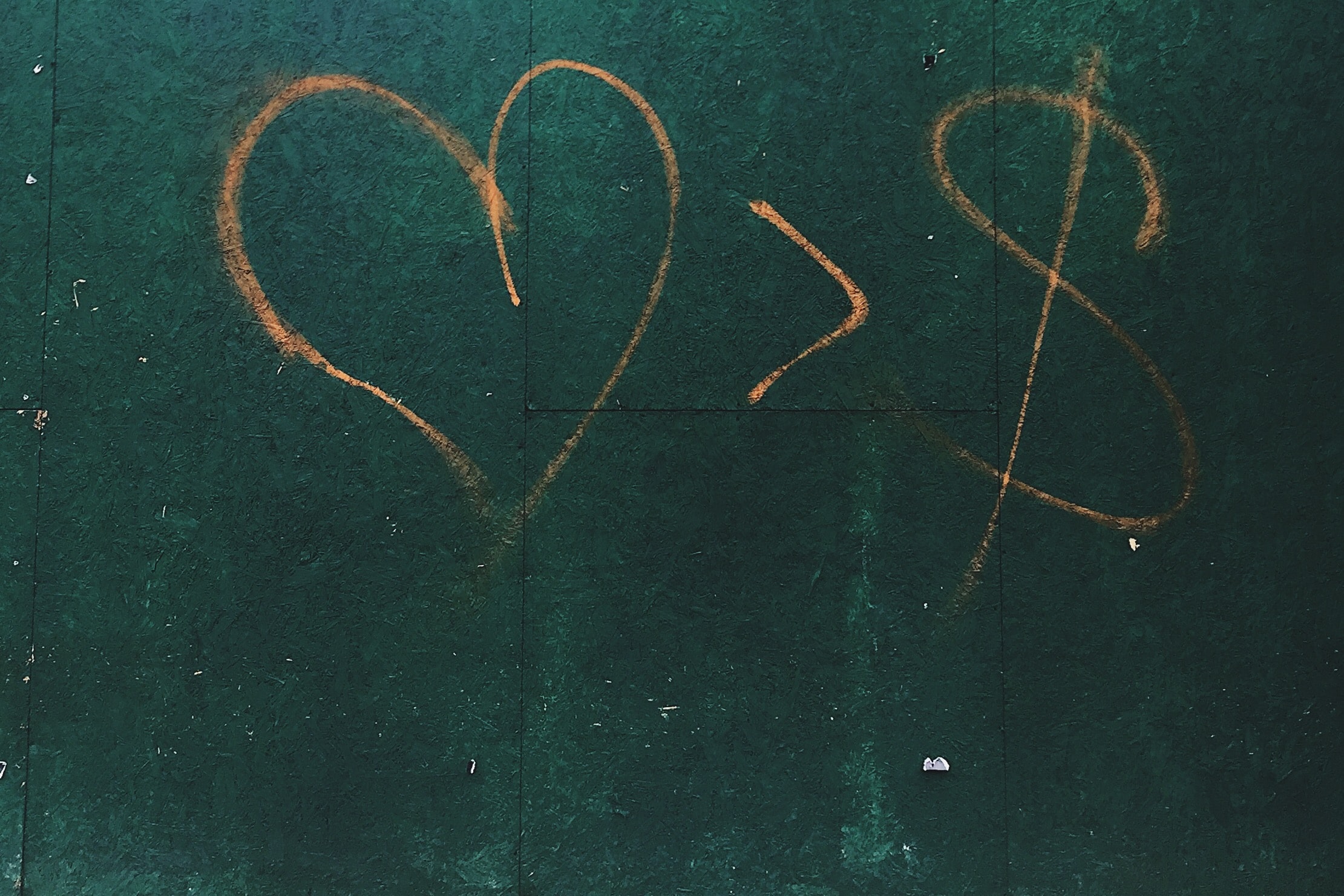 Business beyond ‘purpose’: what’s next, and what it will take

In a year filled with low points, last month marked an inauspicious anniversary: 50 years since Milton Friedman’s essay The Social Responsibility of Business Is to Increase Its Profits. Friedman’s doctrine catalysed the shift towards today’s shareholder-centric capitalism – an economic system that many blame for the ills of 2020, from our flawed pandemic response to  the climate crisis and racial inequality.

The events of this year have underlined the message that our economies are failing to ensure that everyone has the essentials they need, while simultaneously failing to respect ecological boundaries. From Microsoft and Nike to Greenpeace and the UN, the calls for change are multiplying, but few are aligned on what the solution is, and far fewer can say how we get there. Some believe that citizens need to demand change, others that we need to build an international socialist movement, still others that global corporations must lead the charge. Some, perhaps all, may have elements of truth, but one thing is very clear to me: we will not be able to transform our economy unless we unlearn the perceived division of virtue between civil society and business.

The problem with purpose

There’s no novelty in claiming that businesses should serve a social purpose. BlackRock’s (in)famous 2018 CEO letter  and the Business Roundtable’s redefinition of corporate purpose were testament to the notion of purpose becoming corporate orthodoxy. The nature of value and performance are being redefined, and the big four accountants are in on the game. Initiatives that were once seen as idealistic outliers –  B Corps, values-based banking, platform co-operatives, mission-driven startups – are now global movements.

But there are two problems with this picture. First, despite the many beacons of hope, businesses that put purpose at their core – not just on their websites – are still, by far, the minority. To give an example from a sector I know well: the Global Alliance for Banking on Values member assets now stand at a combined $210bn, every cent of which is doing good in the world. But they are dwarfed by global banking assets, which in 2018 reached $124tn. Secondly, where global corporates join the purpose parade, intention rarely leads to real change. That BlackRock letter? This is the same BlackRock that voted against shareholder resolutions on climate change over 80% of the time this year. That Business Roundtable statement? Roundtable members have spent millions lobbying for cuts to unemployment benefits during a global pandemic. No matter how great the progress made by unusual businesses, business-as-usual is still way off the mark.

To understand why, we need to resist the temptation to identify heroes and villains. Plenty of corporate behaviour is driven by greed, fragile egos and wilful ignorance, but billions of people, working at all levels in the private sector (and with varying levels of power and precarity) want a better future for themselves and their children. What if we stopped trying to define who’s virtuous and who’s fake, and instead focused on the structures and silos that are preventing change at scale?

By structures, I mean the social, political and institutional factors that keep the status quo in place. Structures are rooted in shared norms and narratives, and woven into the fabric of ‘how things work’ – they’re often intangible, but their impact is very real. In addition to Friedman’s myth of shareholder primacy, major structural barriers include short-termism, ownership and governance models, conceptions of what constitutes ‘value’, regulation that fails to account for social purpose, policies that see GDP as the best (or only) indicator of progress, and the norms that see start-up success as ‘scale’ and ‘exit’. 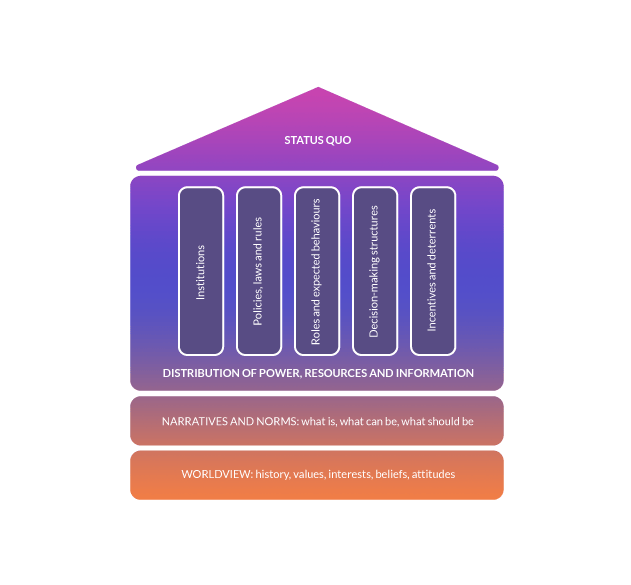 Like structures, silos exist both within and beyond organisations. They are the fractures, real or perceived, between groups, interests and values, and they prevent collaboration towards a common goal. When we talk about investors as if they don’t belong to society; when we treat customers as if they’re not also members of a community; when we see environmental impact as separate from financial returns – we’re thinking in silos. And when the commercial world devalues the social sector, or vice versa; when frontline workers don’t have a voice in strategic discussions; when people of colour are repeatedly excluded from decision-making spaces – we’re operating in silos.

These structures and silos, rather than the moral virtue of people working in the private sector, are the real barriers to change. They develop and become rigid over time, to the extent that it can feel impossible to imagine an organisation or a world without them. But they can change, and they must change.

What role can businesses play in shifting these barriers?  They must have the courage to develop a worldview that’s fully commercial and fully social. They must commit to developing an impact-led strategy and implement this with determination, as well as a willingness to break through the internal barriers that too often mean intention doesn’t result in impact. And they must collaborate across sectors to change the structural factors that limit what can be imagined or achieved.

Impact-led strategy is far from the window-dressing of corporate social responsibility. It means developing a clear sense of your contribution: the most relevant and effective way in which you can contribute to positive change in the world, which sits at the core of your business model and integrates (rather than competes) with your sources of profit. It means delivering on this with integrity: asking challenging questions about the impact you create across your value chain, and being transparent and accountable about the real-world effects you generate.  And it means doing all of this in a way that elevates the voices that have been ignored for too long, within and beyond your organisation.

Until the whole economy works in this way, taking an impact-led approach will mean living with a range of tensions. Tensions between the needs of the world and the reality of your role in it; tensions between short-term financial performance and long-term positive impact; tensions between the interests and power of different groups of stakeholders; tensions between human values and the conventions of business-as-usual. In a world in which the stock market can boom while the UK  enters its deepest recession on record, it’s no wonder we feel the strain between our aspirations and the status quo.

We can’t ignore these tensions, but nor can we eliminate them – we have to see them as a source of creativity and determination.

Finding a way to survive and thrive in this system is by no means the same as accepting that the rules can’t change. But transforming the limits of what’s possible is not something that can be done alone. It requires collective action, across the business world and between the commercial and social sectors – not least to counter the might of giant corporations seeking to change the rules in their own favour.

Challenging the dominant structures and worldview of our economy takes effort, courage and collaboration. It imposes a cost on businesses – and too often those who have borne this cost are the pioneers who prove things can be done differently long before regulators catch up. Every single impact-led business needs to take their share of the load, working in collaboration with their peers and the social sector to advocate for different rules of the game. This doesn’t mean jumping on every campaign bandwagon (or worse, creating competing bandwagons). It means finding the structural barriers that are most relevant to your work and committing to tackling them in partnership with others – for as long as it takes to break through them.

Starting where we find ourselves

None of this is easy. It will take courage, tenacity and a considerable amount of intellectual humility. The silver bullets of corporate consultancy won’t help businesses navigate this rocky road, because they operate within the structures and silos that hold the current system in place. Instead, at Cohere, we’re developing a bespoke, thoughtful approach to partnering with those  businesses brave enough to redesign their role in the world. We don’t pretend to have all the answers, but we’re certain of this: we care about what you do, not your labels. Nobody has a monopoly on positive impact. 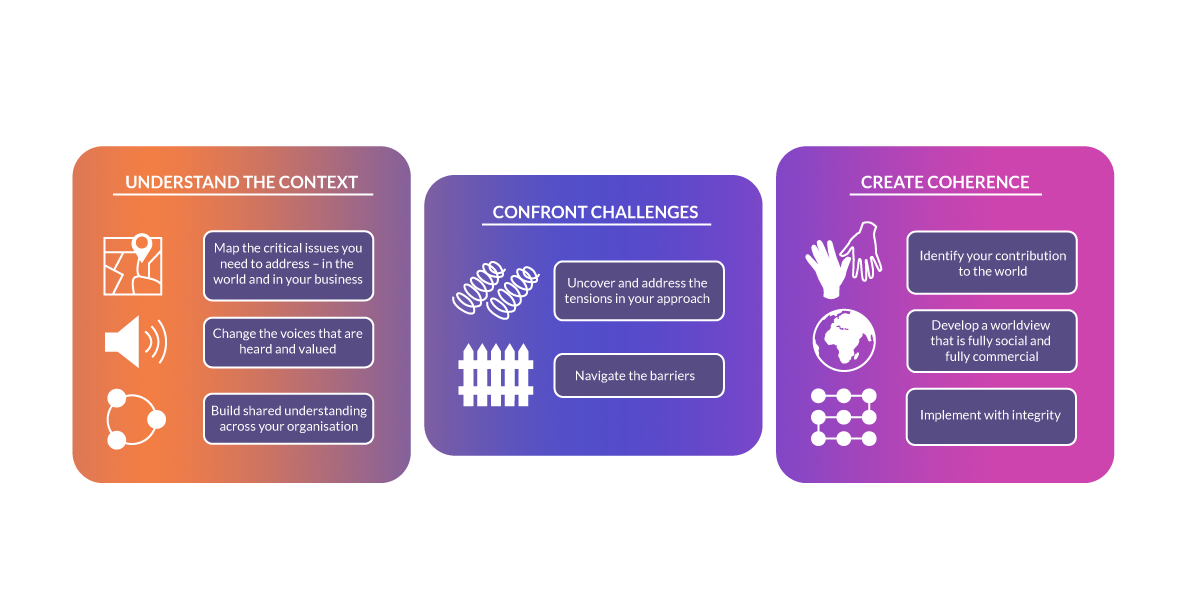 50 years since Friedman told us that businesses could serve nothing other than profit, we’ve seen the devastating impacts of a mindset that prioritises money over human and natural wellbeing. But 50 years is a short time in human history, and the shareholder primacy that seems so deeply entrenched in our economy can become a thing of the past. 2020 is, and will always be in our memories, a year of pain and hardship on a vast scale. But it could also be an opportunity to work with the material we’ve been given: to step back, understand the scale of the challenge we face in redesigning our economy, and take seriously the challenge of transforming the role of business, individually and collectively. The future demands nothing less of us.

Photo from Jon Tyson on Unsplash