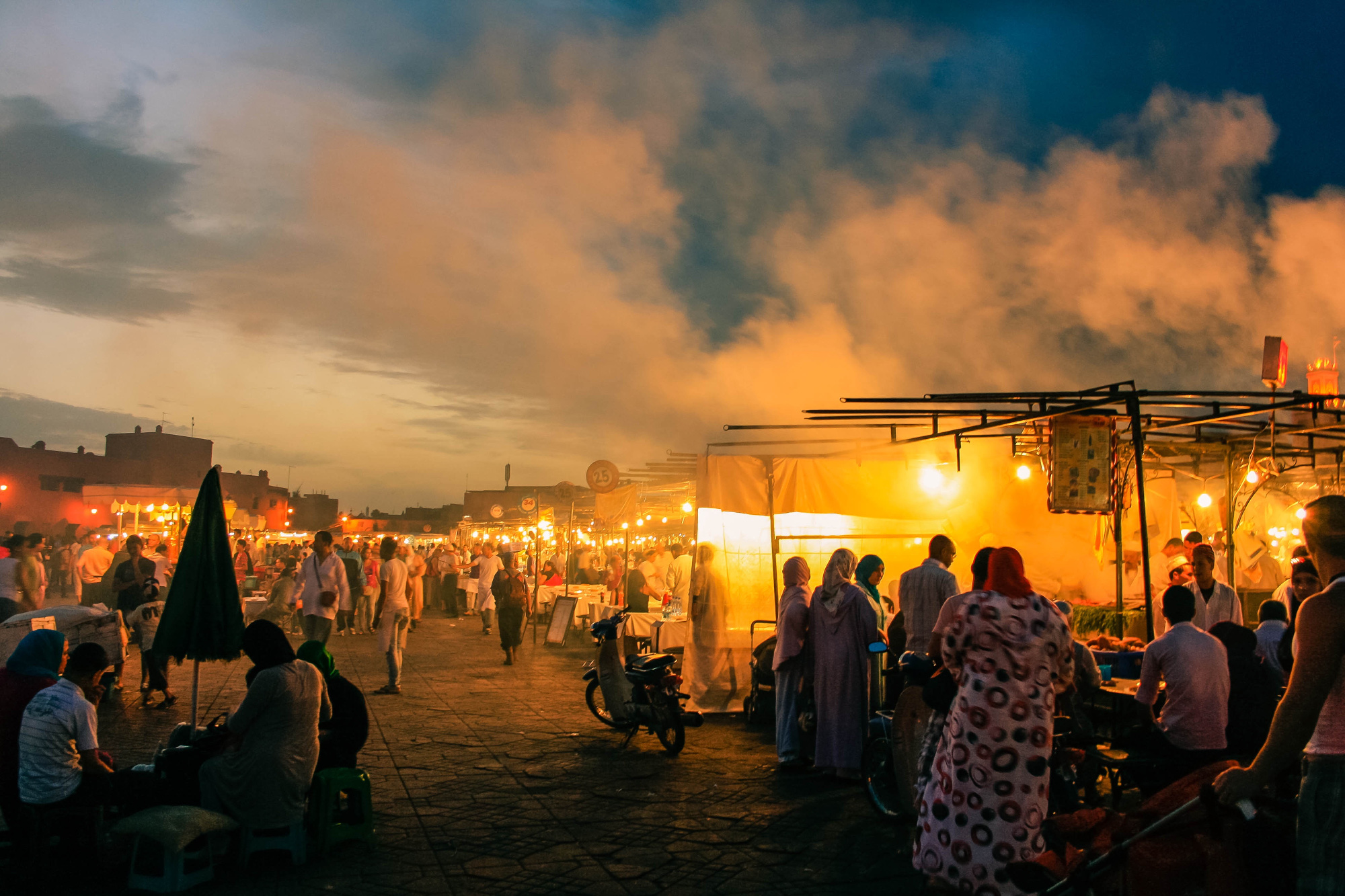 Beyond ‘be authentic’ – the real challenge for social business

Think of the job titles that immediately evoke the most sympathy. Head of brand at a big corporation may not be high on that list.

But chances are, despite the likely material benefits of the role, they could be having a tough time of it at the moment. Because right now they’re probably struggling with a particularly thorny challenge.

After years of putting out great ads, turning round powerful campaigns, and bringing in the awards, they’re being asked to tackle something new and difficult – finding a way to convey the company’s inner values or ‘purpose’.

And this isn’t something they can just ignore, a fad they can hope will go away. For all the valid scepticism some recent efforts have encouraged, the demand from senior management for this new form of expression has a valid basis.

As demographics have shifted across the developed world, so have psychographics – the ways in which people think, consider and decide. And one big shift has been the increased emphasis that individuals are putting on social values in all their decisions – including how they choose to spend their money.

Although this shift is most pronounced among Millennials, it’s seen across all generations – from the youngsters of Gen Z all the way through to Baby Boomers. In truth it’s more of cultural shift, led by the Millennial generation, then a purely demographic one. What it means in practice is an increasing demand on businesses to show what they stand for:

In an age of turbulence, and political and economic uncertainty, finding a way to inspire passion and loyalty in your audience is an enticing prospect. Get it right, and it could be the bond that keeps customers with you as prices fluctuate, or that extra special element that edges it for you in a battle with a close competitor.

But here’s the rub – it’s not easy, and it can go disastrously wrong. Because as well as being more discerning when it comes to values, this generation is also more sceptical of businesses making such claims – and willing to hit back when they are seen to be illegitimate.

The Pepsi, McDonald’s, and Audi ads that demonstrate how not to do it have already become infamous – and a wave of articles has followed, decrying such ‘purpose washing’, and questioning the need for such an approach at all.

So our poor brand executive is walking a tightrope – and likely right now they’re looking for some advice on how to avoid these big mistakes.

Unfortunately what they’ll find currently is unlikely to be a lot of help. On the whole, the response so far from the industry can be summed up in one phrase – ‘be authentic’.

Now that might seem like great advice – after all, it’s a pretty good place to start, avoiding any backlash by making sure you don’t put forward a view of your organisation’s core mission that is obviously at odds with the reality.

But despite its current ubiquity, as advice it really it doesn’t take you very far. Because in the end, to put it simply, your organisation is in one of two positions:

If it’s the latter, then your challenge is really an internal one – you need to change what you are doing fundamentally as a business – as Robert Phillips puts it, just do something.

Undoubtedly many organisations – including some that have already attempted to put forward their supposed social mission – would do well to follow that advice. And the world would certainly be better as a result.

But what about all those organisations who already have a real, authentic social purpose?

Stopping at ‘be authentic’ presumes the only problem is that lots of organisations are attempting to make claims about their values that aren’t justified.

And crucially, it presumes that every organisation with a genuine social mission is easily able to communicate it in a way that is effective, and seems authentic to their audience.

For the past 6 years I’ve been working with social businesses, NGOs and campaigns to help them articulate their vision. Undoubtedly these organisations have an inner social purpose, a desire to change the world driving everything they do.

But I can tell you one thing for sure – having that core vision doesn’t lead automatically to an effective articulation of it that will inspire people to engage with and support it.  In fact, there are particular challenges that make it more difficult for organisations with a very strong internal social mission to be effective communicators – but that’s a subject for another post.

So the real question remains – how can organisations that have authentic values, find a powerful way of conveying them? How can they utilise their advantages to gain a competitive advantage over the less ethical competitors, while avoiding being seen as purpose-washers?

This is a challenge we are going to tackle head on at Cohere  – using the unique combination of skills and experience in our team to make sure organisations with social mission are able to articulate it powerfully.

Obviously it’s a complex issue, with many aspects we will discuss in more detail in future posts. But here’s three steps we think will help immediately.

A lot of the rhetoric around business ‘purpose’ so far seems to assume we are dealing with one homogenous audience with the same values – that is, Millennials that care about sustainability, the environment and so on. But the reality is, while people across demographics are making decisions based more on values, those values can differ widely – and if anything these differences are being heightened by the echo chamber effect of social media.

So you need to be sure the values you are appealing to are the ones really held by your audience. How to do this? A start is keeping in mind two key elements:

Step 2 – Check your perspective – and its limits

One real opportunity of communicating using values is it can take you beyond your ‘natural’ audience – but this is only possible if you properly understand the limits of your own perspective. What ‘seems right’ for you may be quite the opposite for those outside your bubble.

Whether you call it ‘confirmation bias’, groupthink, or organisational echo chambers, it’s vital that you consider the perspectives that you have access to within your team, and what you lack – and what this is likely to mean in practice. There’s a reason that that infamous Pepsi advert made it through several rounds of approval without anyone raising sufficient objection.

This is often most evident in the language that you choose to use – not only what it says, but how it frames the very basis of what is being talked about.

Consider what your message assumes, precludes, emphasises – and what that will imply to different audiences who may have very different experiences and perspectives to you.

Another limitation of the debate on ‘purposeful’ communication so far has been the narrow focus on cinematic style videos as the primary mode of expression. While film can be a great way of expressing emotive content, the range of available mediums for connecting with audiences has exploded in recent years – and its crucial to make the most of this if you want to convey your values.

This isn’t just about where you can most effectively target – its about the potential for a new  kind of relationship with your audience than the more traditional one way model of broadcast/recipient.

Could engaging in more of a dialogue with your intended target market be a better approach, carrying out research while also building an ongoing network or community?

Theres also the opportunity to recruit alternative messengers and advocates that already represent what you stand for. This is crucial in building credibility.

Ultimately, the way in which you choose to communicate is not just about effectiveness – it also says something itself about what the values of your organisation are. If you make claim to openness, transparency, collaboration or responsiveness, these should also be at the heart of decisions about how you interact with your audience.

So – to sum up, communicating your social purpose is likely to be a core challenge for many businesses in the near future. For all the scepticism that the more clumsy or illegitimate efforts have rightly engendered – the evidence is clear that those organisations who can successfully put forward such a case will gain significant advantages.

High profile missteps have highlighted the dangers that accompany this trend – but it would be a mistake to therefore focus only on eliminating unwarranted claims through an emphasis on authenticity alone.

There are lots of amazing organisations that are looking to change the world for the better – and they need help finding the most effective way of inspiring support. It’s a difficult challenge – but it’s achievable when approached the right way. It’s why we founded Cohere -and hopefully this is one first small contribution to that overall effort. We’d love to hear more about your experiences of this challenge – and your thoughts on what we can all do to tackle it.

Daniel Stanley is a co-founder of Cohere, and Managing Director of Small Axe – a creative agency for social cause campaigns. He has a MSc from the Institute of Social Psychology at the London School of Economics, and a background in grassroots community organising and campaigning. His particular interest is in how effective use of framing and language can support social causes to reach beyond their natural audience and engagement.