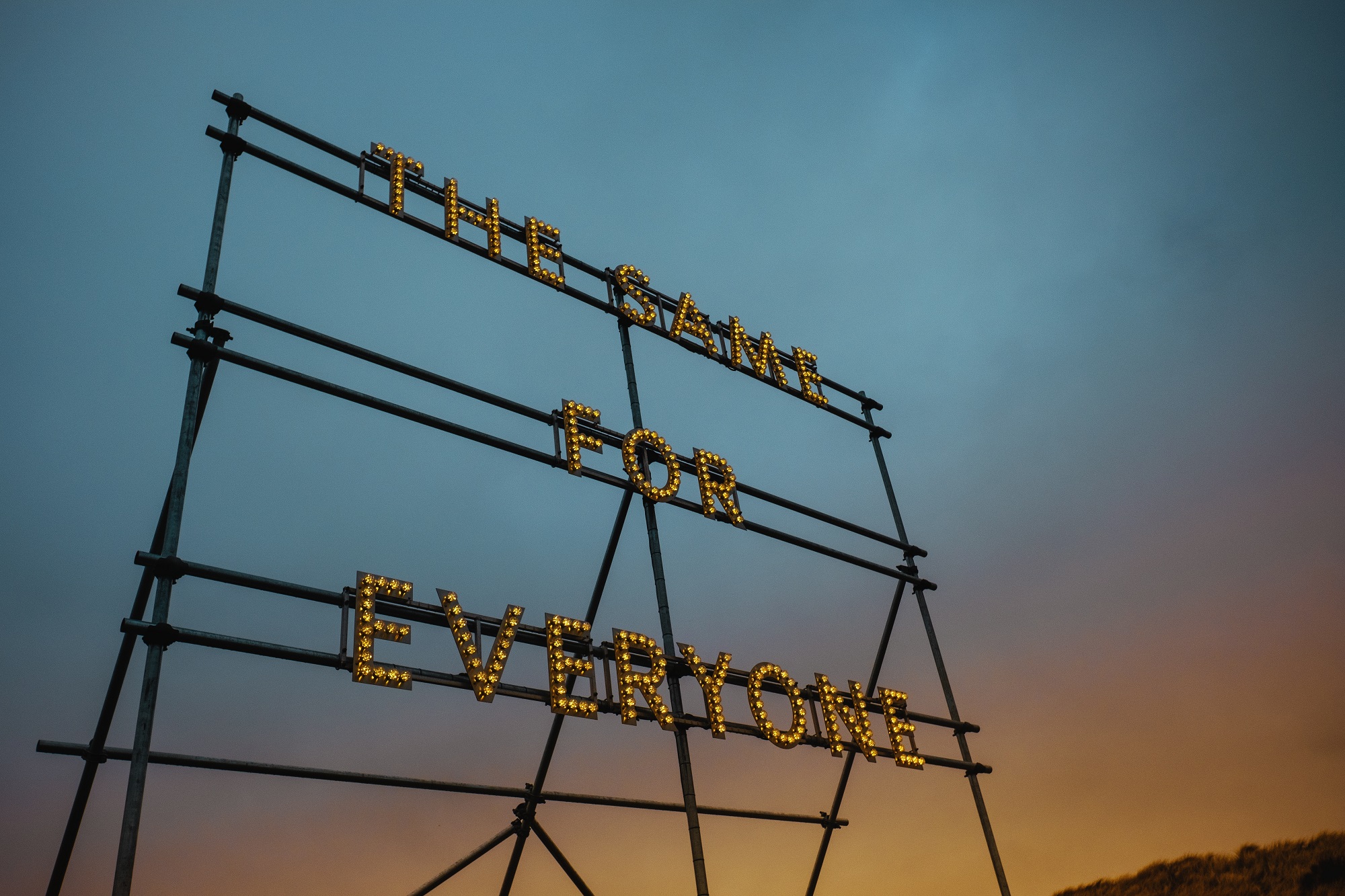 Make a difference, not just a purpose

One of the things I do when talking to masters students about corporate reputation. is to play a game of “guess the purpose statement”. It’s a simple list of beautifully-crafted corporate purpose statements, most of which will undoubtedly have had days and weeks of people’s lives spent on them.

Some are very good. All are well-intentioned. Every single one of them would be useless without meaningful actions behind them.

In the week Trump prioritised Pittsburgh over Paris, energy provider E.ON launched a new campaign in collaboration with Gorillaz, creating a solar and battery-powered music studio, as part of the brand becoming more ‘purpose-led’, as they put it:

“This is us being a purpose-led brand and showing we strive for new developments in energy, whether that’s solar or electric vehicle charging.”

Its entry into my quiz is Creating a better tomorrow.

For some time now, a purpose has been the latest, must-have marketing accessory, but you can already smell the backlash brewing.

It appears pretty much everyone’s got one, from tech start-ups attracting a millennial workforce by promising they’re making the world a better place, (see Dan Lyons’ brilliant book Disrupted for more on this) to legacy businesses reinventing their brand to appeal to a values-led generation.

Done well, or authentically (at the risk of using another buzzword) it goes right to the heart of an organisation’s corporate behaviour and guides the decisions a business takes.

This can be baked in at the outset. Patagonia’s centring of its clothing business around a transparent supply chain and production process aimed at causing the minimal environmental harm is, quite literally, there for all to see. Huit Denim, founded by David Hieatt of the Do Lectures and books fame, primarily exists to bring manufacturing and employment back to a town whose jeans factory had closed.

In other cases it means refocusing an entire business around an ambition to build both social and economic value. Unilever’s story is well told, but followers of the right corporate responsibility league tables will be as familiar with the change wrought by the carpet manufacturer Interface, whose founder Ray Anderson had a self-confessed ‘epiphany’ moment in 1994. He went on to transform the business into a leader in sustainability – importantly, all driven by its customers asking what the company was doing for the environment.

What they all have in common is bringing about genuine change through impactful actions, as well as the challenge of engaging an increasingly demanding, cynical and values-led generation. And I’m not just talking about millennials or Gen Z. The post-punk Generation X and Baby Boomers before them are likely to be every bit as demanding and cynical, especially as they age (personal disclosure here).

The now familiar call from the CEO to ‘get me a purpose’ coincides with a period where trust in business (as well as everything else, to be fair) is at a pretty low ebb. Yet expectations to ‘do something’ to help sort society’s ills remain high.

In the latest Edelman Trust Barometer, whilst business teeters ‘on the brink of distrust’ with CEO credibility at an all time low, it is also clear that people expect business to lead them out of this, whatever their individual version of ‘this’ is. 75% of people expect business to “take specific actions that both increase profits and improve the economic and social conditions in the community where it operates”.

Yet even once an organisation has decided to act, engaging people on what are still viewed as commercially soft issues is a different challenge. Even those who have been at this for some time can struggle to connect. The recent launch of the next stage of the M&S Plan A came with an admission that, despite 10 years of progress, it struggles to make a real connection on the issue with its customers.

So if those who are really trying to do something are finding it tough, what hope is there for those who either stand accused of ‘purpose-washing’ or are just ticking the box of the latest trend?

Well thankfully the answer is that the public is pretty smart. The recent past is littered with organisations called out either for trying to capitalise inappropriately on a moment of public angst, entering a conversation the wrong way or, worse, saying one thing through beautifully-presented CSR reports whilst doing another.

Some of this comes down to sheer misjudgement by those who have drunk too much of the corporate Kool-Aid, but often it betrays a fundamental misunderstanding of who you’re talking to. Who they are, what motivates them and, importantly, what values drive them and whether they share yours. This takes time and is hard work. Done badly, it results in business speaking a completely different language or, worse, being on another planet.

There are several issues here. The first is about material change; the need to look within the organisation, identifying what you need to do to live up to that promise you have so beautifully crafted. It requires investment, difficult choices and enlightened leadership, something which progressive businesses also have in common.

It also means making the changes to measure up to your new purpose first, before you start communicating. If not, you have a campaign based on promises and platitudes, and nobody campaigns on that basis, do they…?

Only then does the hard work start. Thinking really hard about who you need to reach, what are their concerns, values, issues. Will they be receptive to your message at that particular time? One of the issues identified by M&S was the customer was preoccupied and distracted by issues such as austerity, which perhaps meant they weren’t ready to hear about making a better world.

It also means being really honest about whether you think they will believe you. Whether it rings true, or hollow. Whether what you say in a beautifully crafted film stands up to scrutiny. That’s the true test of authenticity and better you apply it first.

With all this in mind, the first thing I did having seen the E.ON launch was head to its website to see how this sense of purpose felt. Whilst I had to go looking for it in some cases, there is some good stuff on developments such as biomass, wind, electric transportation and the future of energy, as well as its solar campaign, of course.

This stuff only really works when it’s very clearly connected to the heart of business strategy rather than off in a CSR department or a marketing campaign . It will be interesting to see how this evolves, whether it comes to define them as a business as it has some of its corporate peers, and genuinely helps their customers “Create a better tomorrow”.

In the meantime, here’s the quiz. Feel free to email me the answers to simon@coherepartners.com. There may be prizes…